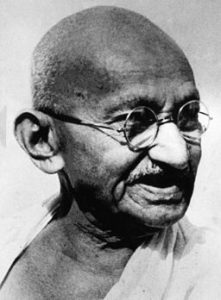 Gandhi is increasingly a difficult figure, lately held to be less saintly, and nowadays some of his earlier opinions and actions relating to caste, class and empire are rightly questioned. As Prof. Paul Rogers (Commonweal trustee and Emeritus Professor of Peace Studies) said, he still has much wisdom for scholars of nonviolence, but hagiography should be avoided.

Paul Rogers talked about Gandhi’s legacy of nonviolent social action in groups such as Extinction Rebellion.

Bob Overy, former Commonweal worker and later trustee, whose PhD in Peace Studies in 1982 covered the life of Gandhi and has just been published as a book, focused on how Gandhi organised and developed nonviolence as his main means of operating.

Jeff Beatty from Quaker Peace Studies Trust talked about how closely the Quaker testimonies align with those of Gandhi: integrity, equality, simplicity, community, and the stewardship of the earth.

Antonia Young talked about her involvement in peace movements but most recently the Balkan Peace Parks Project. The project used Gandhian methods to help rebuild peace and trust within Kosovo, particularly focusing on forgiveness and reconciliation. 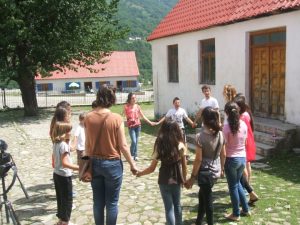 Anne Linehan from Soka Gakkai International (SGI) and Calderdale Interfaith Council talked about dialogue as a key part of peacemaking and nonviolent activism. She noted how apt it was that 2nd October was not only Gandhi’s birthday but also the SGI day of peace.

Prof. Tom Woodhouse (Emeritus Professor of Peace Studies) talked about the uniting power of sport. Gandhi himself established three football clubs, not least the Passive Resisters Soccer Club, while still in South Africa, and used them to help build communities.

Football has been used since by a number of initiatives, from Kick it Out, a campaign focused on removing racism from football games and terraces, to initiatives like Football Welcomes Refugees, which help those newly arrived within a country to feel like they have a sense of belonging and normality. 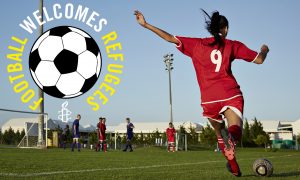 Tom also talked about the One in a Million charity established by footballer Wayne Jacobs, which works with all communities and those often disenfranchised in Bradford.

Last to speak on the panel was newly graduated Chevening Scholar Keti Murusidze, who reflected on the importance of Gandhi’s ideas in creating a peaceful transition in Georgia, where she grew up. She is now creating a peace library in Tblisi to share these ideas.

Gandhi past, present and future

The session concluded with a variety of questions. Some addressed how Gandhi would act if faced with the challenges of today, such as issues around climate, and some asked how we move forward and take the positives of Gandhian ideas and separate them from some of the problematic elements of his life and thought that have come to greater prominence recently.

The emphasis was definitely on retaining the wisdom but enabling a critical evaluation of Gandhi’s legacy.

The event was a great opportunity to gather a variety of peace activists and scholars and hopefully also to raise the profile of the links within Peace Studies and International Development to the physical Commonweal Collection.

Ellie has been a Commonweal trustee since 2005. By day, she's a librarian at Leeds Beckett University. She has been involved in a number of environmental, community and social justice campaigns in West Yorkshire since the 1990s. View all posts by Ellie Clement