Samantha Fletcher is a lecturer in criminology at Manchester Metropolitan University. Much of her research focuses on ‘crime, harm, and global justice’, and she has a particular interest in ‘new social movements that seek to challenge global inequalities and injustice’. 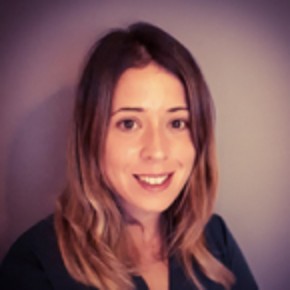 1) Please tell us, Sam, how you interpret the terms ‘crime’ and ‘harm’, with examples?

The discipline of criminology has a long history of overwhelmingly focusing on matters of crime, as defined by criminal law and the state.

In contrast, over the years, various scholars within criminology and beyond have sought to depart from this narrow conception of the ‘crime’ agenda.

They have instead sought to recognise that ‘crime’ as defined by laws and states severely limits the attempt to truly understand and adequately recognise all forms and wider conceptualisations of harms and violence.

One of the biggest developments in this line of thought was the arrival of zemiology.

At the annual conference for the European Group for the Study of Deviance and Social Control in Spetses, Greece, in 1998, members of the group called for a new area of study that placed harm at the centre of their concerns (zemia is the Greek word for harm).

The basic premise of their argument was that there is no ontological reality to crime – what is meant by this is that there is nothing intrinsic to an act that makes it criminal. Instead, there are acts, and some are defined as criminal and others are not.

A publication by EG Press, the publisher of the European Group for the Study of Deviance and Social Control

Therefore, the concept of ‘crime’ helps very little in adequately recognising the scale, form and extent of harms within society.

Thinking about harm more broadly – rather than as acts that have been assigned the ‘crime’ label by state institutions – allows us to expand our imaginations and recognise a whole range of additional harmful activities, often happening on a far greater scale.

Violence is subject to similar critique and concern. States, governments and their related criminal justice systems overwhelmingly focus on matters of interpersonal violence – actual or threatened violence that takes place in close proximity between a relatively small number of people.

Instead, we can and should think of violence as including structural violence – the everyday systems and structures in society that lead to grave harms through the denial of people’s basic needs (for more on this, see Johan Galtung’s 1969 article ‘Violence, Peace and Peace Research’). 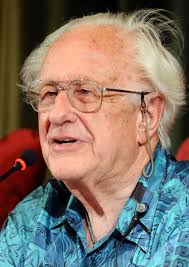 Without downgrading interpersonal violence, if it’s to be the only understanding of and framework for violence, this masks a whole host of everyday forms of structural and institutional violence that happen routinely and often go unchallenged.

Thinking critically, starting with the concept of harm and a wider understanding of violence, allows us to think beyond interpersonal interactions and recognise other harms to human (and non-human) life.

Harms to human life include

– to highlight just a few examples.

2) Your work also examines harms caused by ‘powerful persons’. Who are they, and what are these harms?

‘Crimes of the powerful’, a term coined by Frank Pearce in 1976, refers to a number of types of harmful activity committed by persons with significant economic, political and/or social power – I say and/or, but the three of these often go hand in hand and are in many ways inextricably related.

Those studying the crimes of the powerful seek to turn the analytical lens towards harmful activities and actions by states and corporations, many of which are rarely labelled as criminal.

Or if they are defined as subject to criminal law, they receive comparatively lenient sanctions.

Various scholars have also drawn attention to the relationship between the state and the corporation, examining how they act in mutually reinforcing ways (see for example Tombs and Whyte), as opposed to one dominating the other at different times, as many people expect. 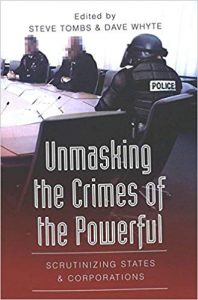 Within the remit of highlighting the crimes of the powerful, it is also vital to recognise that the harms caused by powerful persons and institutions have varying impacts on different social groups.

For example, a vast range of scholars have sought to unpack the continuing harms caused by colonialism, patriarchy and capitalism in order to recognise the impacts of different structural relations within society.

I am particularly drawn to the words of Marcia Rice (2008), who speaks of the importance of recognising ‘qualitatively different’ experiences across gender, ‘race’ and class lines (the full chapter by Marcia Rice is available within the book Gender and Crime: A Reader). 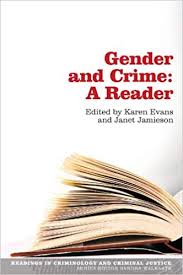 3) What can activists do to tackle harms and crimes by powerful people?

I’m very cautious about speculating or prescribing specific courses of action on these issues.

However, what can and should be recognised is the role of grass-roots movements in challenging the dominant narratives masking the true extent and variety of harms and violence within society.

Going further back, these groups range from the various protests of 1968 and the civil rights movement to the movements of 2011 onwards, such as the Occupy/Decolonise movement and Black Lives Matter – to name just a few! 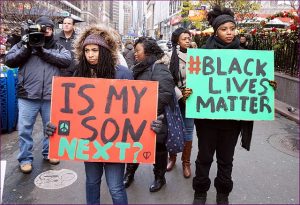 These movements emerging ‘from the ground up’, rather than ‘from the top down’, have played and continue to play a vital role in highlighting the harms and violence committed by the ‘few’ at the expense of the ‘many’.

Most recently, we have seen a growth in grass-roots movements calling attention to the ever-pressing matter of climate change and environmental harms, including various anti-fracking campaigns and Extinction Rebellion.

As has always been the case (even if hasn’t always been well documented), young people are playing a vital role in these movements. In recent times, the Climate Strike and related movements, inspired by Greta Thunberg’s extraordinary initial strike action outside the Swedish Parliament in August 2018, have been making great strides towards greater recognition and the action needed for positive change.

If I were intrepid enough to foresee anything, it would be the key role young people will play in forging a less harmful and less violent future.

4) Can you recommend any books or other sources to deepen understanding of these topics for a general readership?

Although there is less research on harms and violence in the wider context than on mainstream criminological concerns, there is still a plethora of literature and resources available.

There are many free online resources that give further insight into these issues. Readers may wish to check out two of the free short courses available on OpenLearn:

In addition, the Centre for Crime and Justice Studies hosts Criminal Obsessions: Why Harm Matters More than Crime, a key publication covering a lot of ground on all the matters discussed in this post. 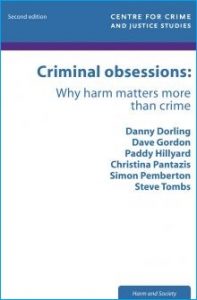 For anyone inspired by these free resources to go even further, I would recommend these books:

I would also recommend the European Group for the Study of Deviance and Social Control as a great starting point for connecting with active scholars in this field (Twitter handle: @european_group).