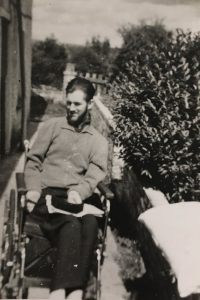 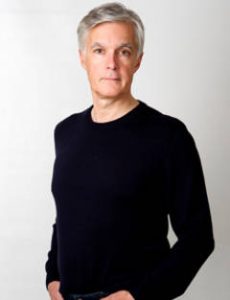 What are your overriding memories of David?

I’m 58 now – I knew David until I was around fourteen or fifteen, when he died. I used to volunteer in the library, mostly from the age of twelve, after it moved back to his family home in Winchcombe Street in Cheltenham from Merthyr Tydfil, where David lived for a few years in the early 1960s.

David was looked after in Cheltenham until he died by his mother and his friend Alfred Heslegrave, who was his full-time carer and also worked on the Collection, and I and other people used to help out as well. We helped with some of David’s care and also volunteered in the library.

I would cycle there from my own home, a few miles each way, three or four times a week to do jobs such as filing, posting books out and so on. I may have received pocket money for it – I can’t quite remember. I do remember that there was always more to be done. 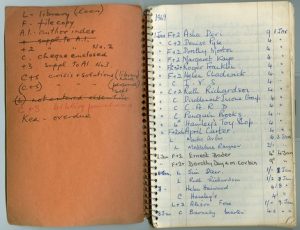 I’d be talking to David all the time. He was very on the ball, and he used technology that was advanced for the time to help him do things for himself.

David was also an avid musician. Before the accident, he played viola like his father, and other instruments. He maintained his musicality through singing. He spoke German well and would sing a lot of German songs, Schubert and so on. My father, Chris, his brother, played piano for him to sing along to.

David was also keen on football, but I’m not sure which team he supported. I used to go round to his house to watch the FA Cup with him.

He also had one of the first self-propelled wheelchairs – an electric one. So, he could get around Cheltenham. He could travel three or four miles at a time, for example to my home. A lot of the pictures of him after his accident show him in bed, but he was more active than that implied! 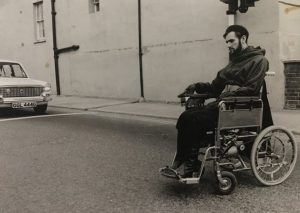 He was also active in the library, adding books, speaking to people, until the last month of his life.

What do you know of David’s motivation for founding his library?

David spent a lot of his younger life travelling and working out what he wanted to do. In the 1940s and early 1950s he spent time in India, where he became embedded in Gandhian ideas – that was probably the root of it.

His accident in Austria, working for a predecessor to VSO, may well have been the trigger that led him to set up the Collection. 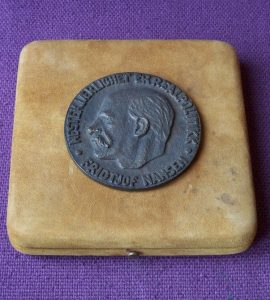 The Nansen Medal awarded to David in 1958 by the United Nations Association in recognition of his work on behalf of refugees. David accepted it on behalf of all who did such work. It is currently on display in the Commonweal Collection.

You mentioned that your father, Chris Hoggett, would play the piano for David when he sang. Would you tell us more about Chris?

He helped David with some of his adaptive technology, which enabled him to get about, switch lights on, and so on. He saw David every week, helping with general care and entertainment, but he wasn’t involved with the library. 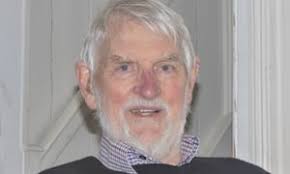 My father had a more conventional life in some ways, although he was an artist! He worked as an art teacher for many years, then gave it up to focus on his own art.

He wasn’t an activist himself but he sympathised with David’s hopes for peace. He created two peace-themed sculptures for Commonweal. One is in the JB Priestley Library and the other is in the Peace Museum. He made them when David died, in his memory. 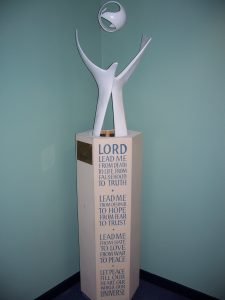 Chris Hoggett’s peace sculpture in the Commonweal Collection, which features the word ‘peace’ written in 52 languages

I believe you recently visited the Collection in Bradford yourself?

Yes, in December 2017. I was shown round by Commonweal trustee Ellie Clement.

My father died on 4th September and I wanted to look at Commonweal because of his connection, through the peace sculpture, and maintain the family connection with him and with David. I’m the oldest of five siblings, who were David’s nephews and niece. And April Carter [co-editor of The Guide to Civil Resistance], who is a cousin of David’s and my father’s, also has connections with the library and with activism.

Would you say you shared Commonweal’s ethos?

I’m sympathetic to its aims – my views are perhaps in between David’s and Chris’s. Commonweal has value and it would be disappointing if it didn’t carry on.

The aim of the Commonweal Collection has always been to inform and inspire activists – people who want to learn the most effective ways to live a nonviolent life in a complicated world.

Now, sixty years after David founded the library, the world is no less complicated, and Commonweal still maintains that original collection, extended and updated, with the support of the University of Bradford’s JB Priestley Library. 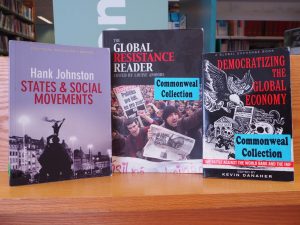 It’s still free and available to the public.

The archival materials Commonweal has also gathered over the years, covering the history of nonviolent direct action, are now curated by Special Collections at the University of Bradford.

Commonweal is also developing new ways to support activists working for a nonviolent world, as funding permits, and since 2017 we’ve had a presence online – here on our website, and on social media.

Read more about the history of Commonweal